Nightmares are just reminders so we don’t get too comfortable and unalert of the bad things around us and that could happen to us. I tried to remind myself of that after waking up crying from a nightmare this morning. Nightmares are just my brain’s way of understanding and dealing with trauma and healing.

I had two nightmares two nights in a row this week. The first night I dreamt I had a 2 year old daughter. She looked just like me when I was 2. I was with my family and went somewhere with my brother, leaving her with my sister to watch her. When I got back she was gone. She had gotten out of the van and disappeared. I was so angry with myself for not being there to watch her myself, taking the responsibility for losing her on myself. A state search was started and I was s 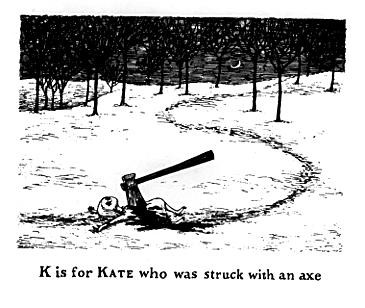 earching everywhere near where she had disappeared. How far could she get? Would anyone have taken her? The fear set in and I felt what I would imagine any parent would feel that lost their child. Someone suggested to me that I should be upset with my sister for not watching her. She had a two year old. She knows they just run off and could be gone at the drop of a hat. But how could I be angry with her? Its my fault I just trusted that she’d watch her and that I didn’t take care of my daughter myself. As I’m out searching for her, I get a phone call from my ex-husband. He alludes to the fact that he had taken her. I break out with so much pain and rage that if he does anything to her, hurts her in any way, I will kill him. I felt what parents must feel when any harm comes to the way of their children. Then I woke up.

The next night I had a nightmare similar to what I often have. I’m out with a group of people and we’re watching a parade or something in a neighborhood and these thugs come up to rob us. First they want to know if any of us have guns though. Surprisingly, two of us did. They go to shoot someone with one of the confiscated guns but luckily the gun is not loaded. Then they shoot the 2nd gun but luckily into a tree and somehow that starts a fire. Then they shoot two or three of the people I’m with. I see a guy sneak back into one of the buildings behind us. And then another guy in a security guard uniform follows. I figure their going to call

911. The thugs seem to be going away and then I go in after them. The place they’re in is some kind of gambling place. I see them in the back by these machines and approach them to ask if they’ve called the police. They say no, “Why should we? Its over. We could get in more trouble.” I think they’re crazy. I try to use my cell phone to call them but its not working. I go up to this ticket type counter and ask the lady through the glass if I can use their phone and call 911, there were killings outside. She says no, its none of their business, they want nothing to do with it. What the fuck? I go outside and everyone I was with is already gone including my boyfriend except the shot victims. I panic. I get around the corner. For some reason in my head I’m so far from home and have no way to get there. No bus. No car. No taxi. I check my phone and go to call my boyfriend but his number is gone. I can’t remember it. None of my friends numbers are there either. And no text message histories. All gone. I have no way to contact him. I find my phone isn’t working at all. He’ll worry about me and not be able to get ahold of me either. Complete panic sets in but I hear this song clear as day with the lyrics that you’re scared, alone and afraid or something like that. Then I woke up crying and thrashing about in the bed.

I walked through these nightmares with my therapist and it was interesting. The first dream was me still dealing with being in an abusive marriage. I take responsibility for it. My 2 year old daughter was me who I didn’t protect and take care of by being in that abusive relationship. My sister in the dream was again an extension of myself. I trusted me to take care of me but didn’t. Telling my ex-husband I’d hurt him if he hurt me was what I felt I should have done that I never did for myself.

The 2nd dream I was all alone in the end. I was the only one trying to do anything about the situation. But I found myself completely isolated from being able to do anything. The music was comforting in way, reminding me that even when I’m all alone I can still deal with everything on my own.

I keep thinking these nightmares might stop one day and then I have one again. I think its just part of my healing process and though I’d like to think I’m SuperBetter, I’m still working on things. And that’s ok. This stuff is hard and I’ve come a long long way in just 3 years. And I have the opportunity possibly to help others who are in my situation, and that too is part of my healing process.

This entry was posted on November 2, 2013, 12:52 am and is filed under Dealing with Conflict or Verbal Aggression, Grief, Guilt, Isolation, Nightmares, Self-Compassion, Supposed To Beliefs. You can follow any responses to this entry through RSS 2.0. You can leave a response, or trackback from your own site.